Financial Times: IPOs have declined 45% in the past 2 decades

The Financial Times reports that over the last two decades, the number of initial public offerings has declined by 45 percent. This is in part due to barriers to entry for smaller startups as well as changes in industry standards and practices. As a result, a small number of major investors are making the majority of profits off the hottest enterprises launching IPOs.

Companies that want to make the transition to IPO face a number of obstacles, primarily pressure to procure the highest valuation possible upon going public, which negatively impacts smaller businesses whose numbers can’t compete with major industry magnates like Facebook and Uber.

Says The Financial Times, “This has the effect of keeping more money in private hands: even large asset managers know they may not receive all the shares they want from a hot IPO in a constrained market, so they buy in early, acquiring a stake in the pre-public phase. A winner-takes-all dynamic is created in which a small number of institutional investors get in early on hot new companies, and fewer such companies need to come to market.”

“An increase in private funding sources, looser patent enforcement, added pressure for short-term results and a fraying social safety net that stymies risk-taking have reduced willingness to seek an IPO.”

· Healthcare—Americans feel less inclined to leave their jobs to pursue their own ventures because of lack of support and resources like healthcare, which are only available through their employers. The Financial Times cites a 2008 Harvard Business School study which found an estimated 11m workers are caught in “job lock” because they are dependent on employer-based healthcare.

· Student debt—A decrease in state funding has led to more students facing immense student debt. As a result many feel stymied when it comes to taking the leap as an entrepreneur.

What steps can be taken to reverse this trend?

The Financial Times says focusing on the long-term over short-term can help. “Pushing back against short-term market pressure is a good start. Making share buybacks illegal, for example, as they were before 1982, would be a step in the right direction, as would limiting the amount of performance pay that can be awarded in stock options.”

Equity crowdfunding and innovations in fintech such as blockchain may also aid in democratizing access to wealth creation opportunities.

FlashFunders is committed to identifying quality deals and bringing them to the public, such as the ADOMANI Regulation A+ raise that became one of the most successful NASDAQ IPOs of 2017 to date. 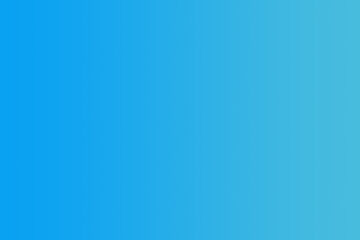 Team FlashFunders believes successful investors are made, not born. Whether you’re considering making your first early stage investment, or you’re a seasoned tech investor, ongoing education is crucial to staying relevant. There are an abundance Read more…